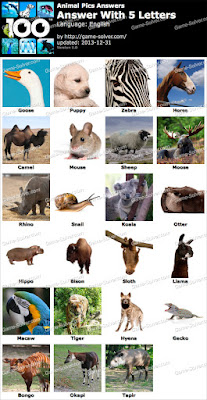 Along with a pair of Ripping Off Shortz puzzles, we feature also this week one Riffing Off Skydiveboy puzzle! Last August we ran a typically excellent puzzle created by Mark Scott of Seattle (also known by his screen name “skydiveboy”) titled “Fruit Of The Looming Solution Dessert: Picking the Miranda right fruit.”  This week’s “Riff-Off” is one Lego Lambda came up with while trying to solve Mark’s puzzle.
Also on this week’s menus are:1 Creature Feature Hors d’Oeuvre;1 Morsel melding senators and cinema;1 Sporty Slice having nothing to do with Mel Chisholm; and1 “Timekeepers in the news” Dessert.
Enjoy the Ripping, the Riffing, The Riddling!
Hors d’Oeuvre Menu

Noah’s Ark Cargo Hors d’Oeuvre:All God’s creatures, 5 and 3 letters long
Name one of God’s creatures, great or small, in five letters. Remove the fifth letter, move the first letter to its vacated spot, and add a homophone of an integer to the end to form a seven-letter verb. 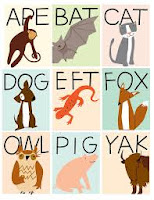 The first three letters of this verb spell out another of God’s creatures. The last three letters of the verb – if you replace its middle letter with a different consonant – spell out a synonym of the entire seven-letter verb. This three-letter synonym, when construed as a noun, is another of God’s creatures that is closely related to the five-letter creature.
What are these three creatures?

Ripping Off Shortz Hors d’Oeuvre:Double yolks in the cracked shall
Will Shortz’s July 3rd NPR Weekend Edition Sunday puzzle reads:Take the word FALSE. Divide it between the L and the S. The start of the word is the start of FALL, and the end of the word is the end of RISE. And, of course, “fall” and “rise” are opposites. Do the same thing for the word SHALL. Divide it into two parts so that the start of it starts one word and the end of it ends another word – and those two words are opposites. The dividing point is for you to discover. There are three different solutions. I want you to find all three.

The dividing point is for you to discover. Or you can use multiple dividing points – whichever ones you choose… it’s up to you. There are four different solutions. I want you to find all four. You are free, of course, to find more, or fewer.
Morsel Menu 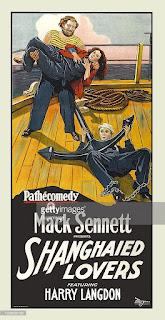 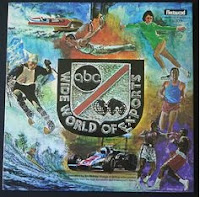 Riffing Off Skydiveboy Appetizer:ABC’s Wide World of Exports
A bit less than a year ago, in the August 28, 2015 Puzzleria!, we published the following original puzzle created by “skydiveboy,” also known as Mark Scott of Seattle:
People and products from France are described as French. If from Italy they are described as Italian. 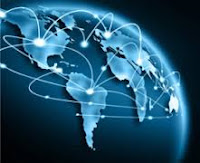 Think of another country and replace its last letter with a different letter to get the word commonly used to refer to their people or products. Now rearrange those letters and you will name a fruit this country produces and exports.What is this country and what is the fruit?
LegoLambda’s Riffing Off Skydiveboy Appetizer reads:People and products from France are described as French. If from Italy they are described as Italian. 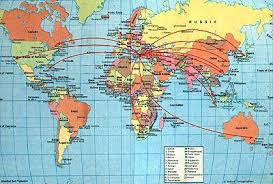 Take the word commonly used to describe people and products from another country. Change that word’s second letter to a different vowel and slide its first letter to the third-last position to name a fruit that this country produces and exports.
What is this country and what is the fruit?
MENU 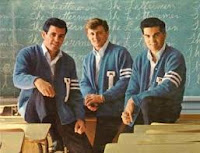 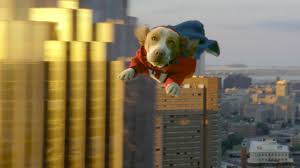 Now do the same thing for the word SHALL. Divide it into two parts so that the start of it starts one word and the end of it ends another word. Do this for four pairs of words. You can choose any “dividing points” you want to obtain these four pairs.

The eight blanks embedded in the following story ought to help you find the four pairs:

As The Terrain Whirled Dessert:Rotating dervishes
A global pas de dervish deux, not devilish but holy,The North, the South, Earth’s axis tips, the pair of _____ _____ slowly…Too slowly though, as it turns out, and so timekeepers reckoned,“To keep atomic clocks in sync let’s add just one ___ ______!”

The “quaterrain” above pertains to a recent announcement reported in the news. The letters that belong in the second line’s two blanks can be rearranged to form the words in the last line’s two blanks.
What are these four words?
Every Friday at Joseph Young’s Puzzleria! we publish a new menu of fresh word puzzles, number puzzles, logic puzzles, puzzles of all varieties and flavors. We cater to cravers of scrumptious puzzles!