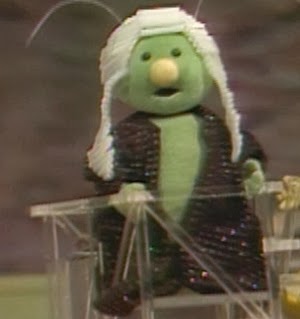 Justice Sotomayor issued a temporary injunction and, as NTodd notes, a lot of people freaked out (going so far as to blame this all on a Catholic conspiracy, since all Catholics swear fealty to the Pope and must do his bidding!  The Anti-Papist strain in American culture is alive and well.).  As usual, a little knowledge is a dangerous thing:

To understand the context of Justice Sotomayor’s decision, it helps to look at the details of the Affordable Care Act. The law distinguishes among three kinds of organizations: religious employers, for-profit corporations and nonprofit groups affiliated with religious organizations but not owned or controlled by them.
Under the law, religious employers like churches are exempt from the contraceptive requirement. For-profit corporations fall on the other end of the spectrum and are not exempt. Nonprofit groups affiliated with, but not owned or controlled by religious organizations, like the Little Sisters of the Poor, fall in the middle. Although such groups need not provide coverage themselves, they must sign a certification allowing insurance companies to do so.
The dispute in the new case is whether that certification itself amounts to conduct that violates the groups’ religious faith.
A little further context:  temporary injunctions are issued to prevent "irreparable harm."  That's a legal term of art, but it pretty much fits a case like this:
In its petition, the company said it expects fines of $1.1 million on January 1 alone.Granted, there is another standard, and that is the likelihood the party asking for the injunction will prevail at trial.  On that basis, one judge on the D. C. panel that also issued an injunction disagreed with the issuance:

"Because I believe that appellants are unlikely to prevail on their claim that the challenged provision imposes a 'substantial burden' under the Religious Freedom Restoration Act, I would deny their application for an injunction pending appeal," Tatel said.
It is the "substantial burden" clause of RFRA that creates a basis for the harm the injunction is meant to prevent; well, that and the $1 million fine.  But faced with a group of nuns about to pay that kind of money for standing on religious principles, it's not entirely unreasonable for the court to ask the government to explain their position by Friday at noon.

Unless that Catholic conspiracy reaches further than I realize.....

(I'm not convinced this is a religious issue, btw.  The Obama Administration crafted a compromise, but the religious groups insist spending their money this way violates their religious principles.*  I cannot agree.  It is one thing to force clergy to pay for something their religious values says they shouldn't support; although clergy have to pay income tax (unless they've taken a vow of poverty), and if you have a religious conviction against war you have two choices: jail, or pay for war.  Should religious groups be allowed to refuse to provide contraceptive care in health insurance for their employees, especially if those employees are not of the same faith, or even of the same conviction?  I find the argument that this imposes a "substantial burden" on the practice of their religion a very dubious one.  But I think I would grant the temporary injunction, too, just to be as fair as possible.)

*I have to correct myself here:  the nuns aren't objecting to spending money; they are objecting to signing a form:
"Without an emergency injunction, Mother Provincial Loraine Marie Maguire has to decide between two courses of action: (a) sign and submit a self-certification form, thereby violating her religious beliefs; or (b) refuse to sign the form and pay ruinous fines," [their lawyer, Mark L. Rienzi] said.And if that isn't plain enough:


“The Sisters would also be required to sign a form that triggers the start of that [contraceptive] coverage,” said the Becket Fund, the conservative law firm representing the nuns’ group in the lawsuit. “In good conscience, they cannot do that. So the ‘accommodation’ still violates their religious beliefs.”
I agree with the dissenting member of the 10th Circuit panel:  there's no likelihood they'll prevail on this issue.  Or at least, there shouldn't be.  I mean, as Justice Scalia said:


Precisely because "we are a cosmopolitan nation made up of people of almost every conceivable religious preference," Braunfeld v. Brown, 366 U.S. at 606, and precisely because we value and protect that religious divergence, we cannot afford the luxury of deeming presumptively invalid, as applied to the religious objector, every regulation of conduct that does not protect an interest of the highest order. The rule respondents favor would open the prospect of constitutionally required religious exemptions from civic obligations of almost every conceivable kind.
Granted, that was a First Amendment case, but I really don't see how the nuns' legal position here is tenable.