Belles Lettres Jackets; Be Afraud, Be Very Afraud! Tales Of Skewed Cities; 12-ounces Of Cure Is Worth A Pounding Head Of Prevention

Welcome to our July 21st edition of Joseph Young’s Puzzleria!
We offer 1, 2, 3, 4, 5 Riffing/Ripping-Off-Shortz puzzles this week, all inspired by the fine NPR puzzle submitted to Will Shortz by Dave from Eugene, Onegin... I mean, Dave from Eugene Oregon!
Also on this week’s menus are:6. A fraudulent Appetizer.7. A Spahnie Slice, and 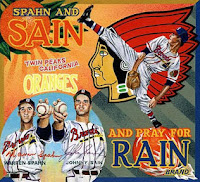 8. A dusty Dessert with literary pretensions.
So, stay sane. Pray for rain if you are drought-stricken. But, as always, please enjoy our puzzles.
Appetizer Menu
Sullying A Profession Of Nobility Appetizer:Be afraud, be very afraud!

Name an archaic word for a person who engages in fraud – in particular, a person who is a fraudulent practicioner of a certain noble profession. The word contains only two letters that are the same.

Replace those identical letters with two different identical letters to form a word for a substance such a fraudulent professional might have occasion to use (or perhaps misuse) in his or her practice. What are these words?Hint: a shortened portion of the archaic word survives still in modern English dictionaries.

Bucs And Braves And Ballad Of Bubby Bibber  Slice:12-ounces of cure is worth a pounding head of prevention
Friday, July 20, 1951, Braves Field in Boston: 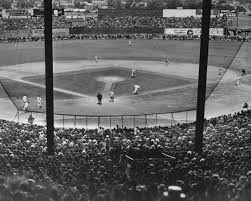 Bubby Bibber, a big backer of the Boston Braves along with his poker-playing chums are four of the 5,767 spectators in attendance to watch their brave and beloved Beantowners compete versus the National League’s perennial doormat, the plucky but pathetic Pittsburgh Pirates.

The game lasts a bit longer than two-and-a-half hours, during which Bubby and his buddies keep the concessions vendors hopping as they wash down dime foot-long Nathan’s frankfurters with a folding-money’s-worth of nickel Haffenreffer Lagers and Pickwick Ales. 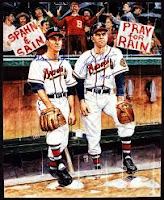 The Braves win the game 11-6. Future Hall-of-Famer Warren Spahn (“Spahn and Sain, and pray for rain”) is the winning pitcher, and drives in two runs himself. Bubby and his buddies celebrate by playing poker at Bubby’s place – dealing, bidding, holding, calling, picking up the pots and scarfing down even more cans of Pickwick’s and foot-long franks till they call it a night at midnight.

Bubby awakes the following morning with a pounding-hammer-headache and hangover. 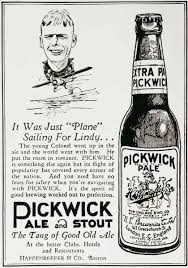 Now, most people in such a condition subscribe to “the CAAASSH cure,” an acronym for “Coffee, Aspirin And Alka-Seltzer Stop Hangovers.” But not Bubby. His remedy involves other ingestibles. So, he wobbles over to his Kelvinator fridge and picks out a pair of Pickwick’s left over from the previous evening’s pokering and, because he feels a bit peckish, also grabs a Nathan’s frankfurter.The cure to which Bubby subscribes contains six words of 4, 2, 3, 3, 9 and 10 letters. The  six-letter acronym for his remedy, while not spelling out CAAASSH, does however spell out something Bubby and his buddies bought with “caaassh” the previous evening. What is Bubby Bibber’s remedy? 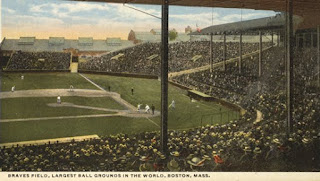 Epilogue: Bubby’s remedy/cure actually works! As a result, he and his buddies are four of the 3,263 spectators attending Saturday’s follow-up game versus the Pirates. The Braves win by the same score, 11-6. Vern Bickford is the winning pitcher. Pirate Vern Law, who was the losing pitcher in Friday’s game, is also the losing pitcher in Saturday’s game.
Talk about your deja-vern! There oughta be a Law! 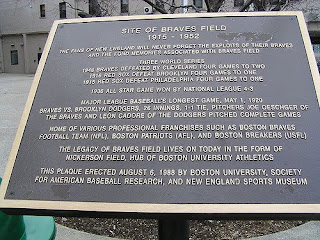 Hint: A form of the 9-letter word in Bubby’s cure is a lyric in a civil rights protest song.  The 10-letter word is a noun associated with pummeled boxers and patients who are being wheeled on gurneys into recovery rooms. 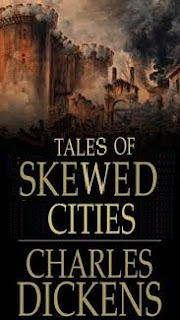 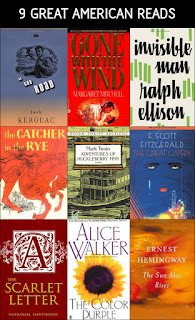 ONE:Name a U.S. city and its state – 13 letters altogether. Change the first letter of the city’s name and move it between the city’s fouth and fifth letters. The result will be the two-word title of a classic American novel. What is it?Hint: The city’s population is roughly 20,000.Hint: The name of the U.S. city would be an excellent choice as a name for a possible merger between two particular adjacent midwestern cities. 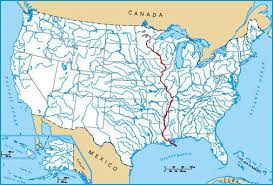 TWO:Name two U.S. states followed by a city belonging to each state. Interchange the cities, removing two letters from the end of one of them. The result will be the first and last name of an American author, and a state followed by a food item that is very popular in that state. Change the first letter of the food item to get another city in the state where the food item is popular.Hint: The states are on same side of the Mississippi River.What are these states and cities? 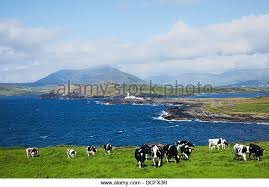 THREE:Name a city in a U.S. coastal state. Name another nearby coastal state. Insert the other state’s postal abbreviation (in lowercase letters) consecutively somewhere inside the city’s name. Divide the result into two words that might describe a herd of creatures found in the vicinity of a coastal state on the other side of the country. What are this city and two coastal states? What is the state on the opposite coast and the two-word description of the creatures? 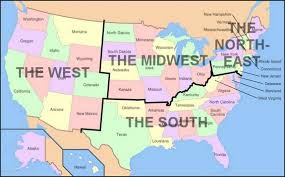 FOUR:Name a city in a western state whose capital and four-letter abbreviation are names of towns in a midwestern state. Write down the western city and midwestern state – 10 letters altogether. Change two letters in the state’s name. The result (if you add the word “The” at the beginning) will be the three-word title of a classic novel. What is it?Hint: The western city is famous as the headquarters of a nationally known company brand. 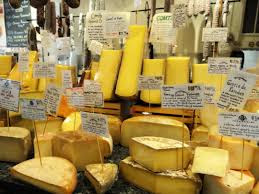 FIVE:Name a U.S. city in a western state and the first word (after the word “The”) in the nickname of a southern state. The result is a type of cheese. What are the cheese, city and nickname?
Dessert Menu:
No Musty Dusty Pages Dessert: 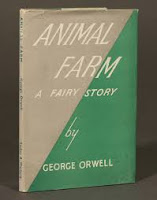 Belles lettres jackets
The title of a fictional work contains two words. The second word can be formed by rearranging the first three letters of the author’s full name as it appears on the dust jacket. 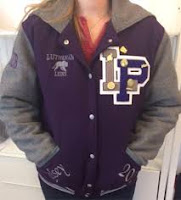 Remove from the first word of the title all letters that are the same as any of the remaining four letters of the author’s name, leaving six letters and an apostrophe. Remove the apostrophe. Those six remaining letters, taken in order, spell out the middle name of a poet whose first, middle and last names appear together on dust jackets of poetic volumes.

The last names of the author and poet begin with the same letter.What is this fictional work and who is its author? Who is the poet?

Please post your comments below. Feel free also to post clever and subtle hints that do not give the puzzle answers away. Please wait until after 3 p.m. Eastern Time on Wednesdays to post your answers and explain your hints about the puzzles. We serve up at least one fresh puzzle every Friday.
We invite you to make it a habit to “Meet at Joe’s!” If you enjoy our weekly puzzle party, please tell your friends about Joseph Young’s Puzzleria! Thank you.