We have been stocking up on holiday puzzles, and have hung ten of them by the chimney with devil-may-care.
Here they are. Please enjoy… to the world (and to the Word):
Hors d’Oeuvre Menu
Cowboys And Findians Hors d’Oeuvre:Super Bowls o’ hot soup 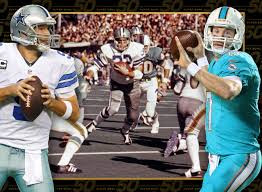 Super Bowl VIbetween the Dallas Cowboys and Miami Dolphins was won by Dallas 24-3 on January 12, 1972 at Tulane Stadium in New Orleans. The temperature at kickoff was 39 degrees, the record low for a Super Bowl played outdoors. Late in the third quarter, Dolphin free safety Jake Scott hit Cowboy quarterback Roger Staubach on a blitz, shaking him up. 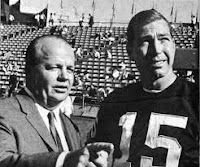 But, had the blitz resulted in a fumble instead of the incomplete pass that it actually did result in, the outcome of the sixth Super Bowl might have been different. Here is “the call,” by TV announcers Ray Scott and Pat Summerall, of what might have happened...
Ray: The score after nearly three quarters of this Super Bowl VI is Dallas 17, Miami 3.

Pat: The Dolphin coach Don Shula is pacing the sideline apprehensively. On the opposite side of the field, the Cowboy mascot is goading his horse so it will ______ up and down the sideline.

Ray: It’s third down six… here’s a blitz! And whoo, Jake Scott really hits Staubach. Did the ball come loose? Yes! Scott scoops it up and speeds toward the goal line... like his opponent Bob Hayes racing the final 25 yards of a 100-yard ____.
Pat: And after his sprint into the end zone, Jake does a little celebratory victory _____, then tosses the ball to a Cowboy fan who proceeds to spill the coffee she’s been using as a hand-warmer.

Ray: Right you are, Pat. Cold beer sales may be slow here today but you will see many a ___ of coffee, cocoa or soup in the hands of the fans in the stands…

Eight words in the blue-lettered dialogue above share a particular property, including the four blanks you must fill in with words that contain six, five, four and three letters. The other four words hidden in the transcript contain two, three, four and five letters. (The two-letter “word” is not actually a word.) 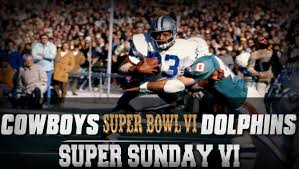 Extra credit: Find a ninth word in the text, a seven-letter word (or eight letters in its plural form) that also shares the property, but in a way that is somewhat different from the other eight words you found. Note: Super Bowl LI, to be played on February 5 in Houston, may be a rematch of Super Bowl VI. Dallas has secured a berth and Miami is still alive to secure a berth. (And indeed, “VI” kind of looks like “LI” if you tip the “V” on its side.) 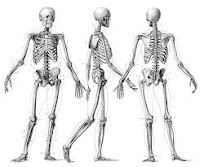 Name two parts of the human body that are not next to each other anatomically. Put them next to each other textually without a space and in alphabetical order.Pronouncing the result aloud will sound quite a bit like a word associated with St. Nicholas. 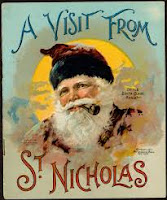 Replace the body part that came first alphabetically with a third body part that rhymes with it. The result is two body parts that are next to each other both anatomically as well as textually without a space, but are no longer in alphabetical order.Pronouncing this second result aloud will still sound like the word associated with St. Nicholas, but less so.
What are the three body parts? What is the word associated with St. Nicholas?
Appetizer Menu 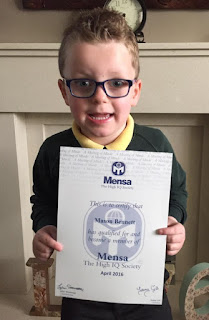 Piece Of Fruitcake Appetizer:Holidology 101
Can a young Californian Mensan take an exam of some sort to test out of 100-level courses at UCLA, USC, UC San Diego or even UC Berkeley and Stanford?
Embedded within the text of the question above are two words in two different hiding places that, when placed next to each other, pertain to Christmas.
What are these two words? 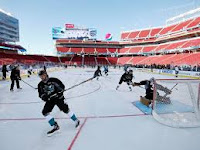 Scores of National Hockey League fans have circled February 25 on the 2017 calendars they just got as Christmas gifts. That’s the date of a hockey match-up between the visiting Philadelphia Flyers and the home Pittsburgh Penguins at Heinz Field in Pittsburgh. This “Stadium Series” event is one of a handful of regular season outdoor games the NHL schedules annually. 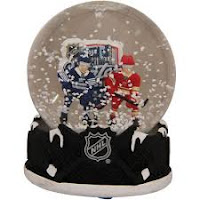 Alas there are no snowflakes present. The game-time temperature at Heinz Field is 57 degrees Fahrenheit. The match has been cancelled. The ice rink – now a melting pot of mushy slush – appears as if a Zamboni from fiery hell has been rumbling over it. 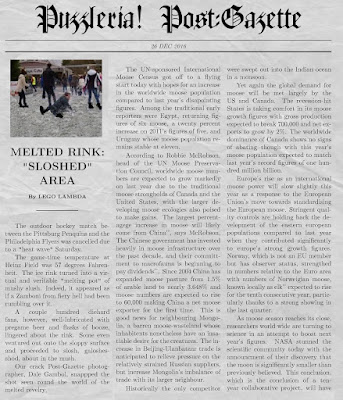 A couple hundred diehard fans, however, well-lubricated with pregame beer and flasks of booze, linger about the rink in tailgating fashion. Some even venture out onto the sloppy surface and slosh, galoshes-shod, about in the mush.A photographer from the Post-Gazette snaps a shot of the melted revelry.

This photo quickly is uploaded to the paper’s website and also appears on the following morning’s front page accompanied by the caption MELTED RINK: “SLOSHED” AREA.
Rearrange the 21 letters in that caption to form three words associated with a particular holiday: 1. something you light, 2. toys that delight, and 3. culinary delights.
What are these three words, and what is the holiday? 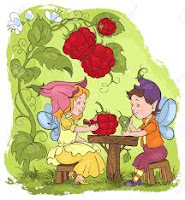 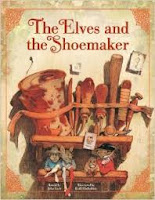 Christmas morn. Children rouse and yawn. Weeks of eager anticipation supplanted by wait-no-more. They “knuckle-out” lingering sand grains from eye sockets and tumble down the stairs toward the tree and the treats it shelters.

Here is your wrapped and ribboned puzzling present:Name a three-word idiom for the children’s post-slumber upstairs state. Remove “sand” from the “eye” of the idiom, but replace the “s” with a vowel. 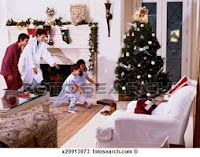 Sing Along With Noel Slice:Clues to Carols’ deeper meanings
The answers to each of the following clues appear near the beginning of a Christmas song, in the form of two or three consecutive words of the lyrics. 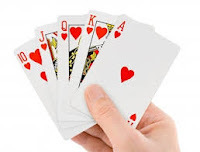 Identify the consecutive words that satisfy each clue, and give the title of the song. In some cases you may have to remove spaces between words. And, some answers involve homophones.

Clue #5 provides two clues because one word in the lyrics is printed as either of two homophones, depending on which lyric sheet you are singing from. 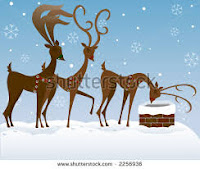 1. Beats two pair (say, aces and eights), but gets beat by a straight
2. An order that might be given on a battlefield
3. They have mounds in their middles

4. Words heard at a funeral or gravesite (although, in the song, they refer to the cradle – or actually the manger – rather than the grave)

5. (Clue #1) Eight (or perhaps nine) take ten; (Clue #2) Caribou hooves
6. When spoken aloud, sounds like what some call the biggest lemon in history, rivaling even the Edsel 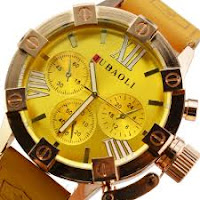 7. Word in the title of one of Yeats’ poetic “gems”
8. Rolex vis-à-vis Jubaoli
9. When spoken aloud, sounds like a Cricket’s gestures acknowledging applause


Ripping Off Shortz And McDonald Slices: 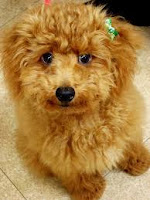 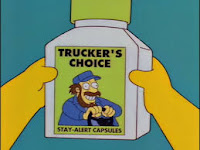 TWO: Take the title and last name of a fictional character whose rival shares the name with a brand of a product that often complements a brand that rhymes with “pluckers.” Add an H and mix all the letters together. You’ll get two words: What a fellah might use to get high, and what the fellah’s furry pet might use to get high. 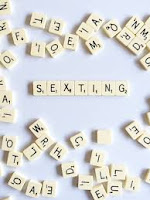 What are these two means of mood alteration?
THREE: Take the title and first and last names of a fictional character on a well-known past TV sitcom. Mix all twenty letters together. You’ll get three words (an article, possessive noun, and noun) indicating what the police may confiscate in cases involving threatening calls, harassing texts, or predatory sexting. Who is this character? What may the police confiscate?

Hint: Some political observers suggest that we have managed to ELECT a POLTROON as our next president. Rearrange the 13 letters in “ELECT POLTROON” to form the title and last name of the fictional character.
Dessert Menu 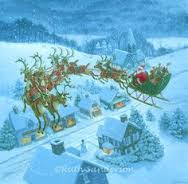 Parade Of Names Dessert:Reindrops on rooftops
Monica, Barbara, Clara and Maria. Those four women’s names share something in common pertaining obliquely to Christmas. Find a fifth name that shares the same quality. This four-letter name is also an anagram of what St. Nicholas and his reindeer do from rooftop to rooftop every Christmas Eve. 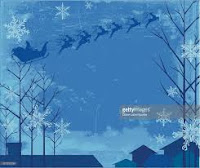 Find a sixth word that shares the same quality. This four-letter Spanish word is a homophone of what St. Nicholas and his reindeer do from rooftop to rooftop every Christmas Eve.
What quality do these six words share? What are the two 4-letter words that share the quality?
S. Nick Errs? Dessert:

Our master chef, Grecian gourmet puzzle-creator Lego Lambda, blends and bakes up mysterious (and sometimes questionable) toppings and spices (such as alphabet soup, Mobius bacon strips, diced snake eyes, cubed radishes, “hominym” grits, anagraham crackers, rhyme thyme and sage sprinklings.)
Please post your comments below. Feel free also to post clever and subtle hints that do not give the puzzle answers away. Please wait until after 3 p.m. Eastern Time on Wednesdays to post your answers and explain your hints about the puzzles. We serve up at least one fresh puzzle every Friday.
We invite you to make it a habit to “Meet at Joe’s!” If you enjoy our weekly puzzle party, please tell your friends about Joseph Young’s Puzzleria! Thank you.