Growing up as a little girl, Cinderella was my favorite Disney princess movie, I had the film on tape and I literally rewinded/replayed it until it broke (by then my mum was able to buy me a VCD copy of it, remember those?) So when MAC first released photos and information on the Cinderella collection for the upcoming real-live action film, I felt a huge sense of nostalgia and also excitement that I can re-experience the desire of wanting to be a princess but as an adult. What I was not excited about however, was having to deal with the MAC girls. I don't know if it's just me, but I have never found an in-store experience at MAC pleasant. I never walk away feeling satisfied and I find the staff to be quite rude and generally unhelpful. I asked a number of times, with different staff members when the collection would be released in-store and every one of them shook me off with an "I don't know, you just have to keep checking back", no one bothered to offer to look it up or give me anything beyond their answer. One girl just told me "It should be around the time the movie comes out." Why thank you, how helpful of you. Ok bitter rant aside, lets talk about the actual collection. 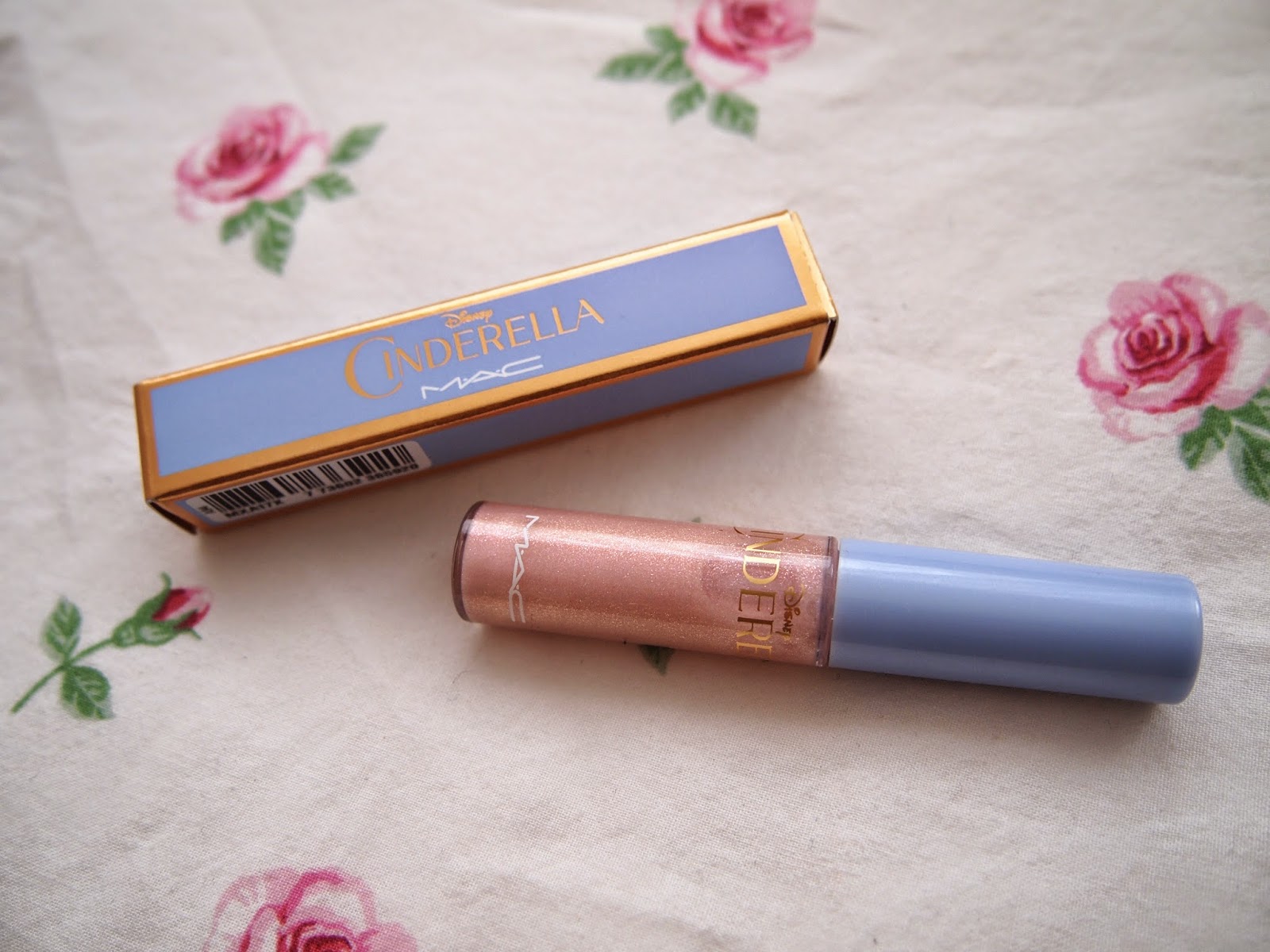 First of all, I just want to comment on how perfect the packaging is for this collection, even the boxes. With one glance, the baby cornflower blue with gold detailing instantly captures the essence of Cinderella and her gown. It doesn't look cheap or child-like at all and really retains the elegance of the Disney princess. 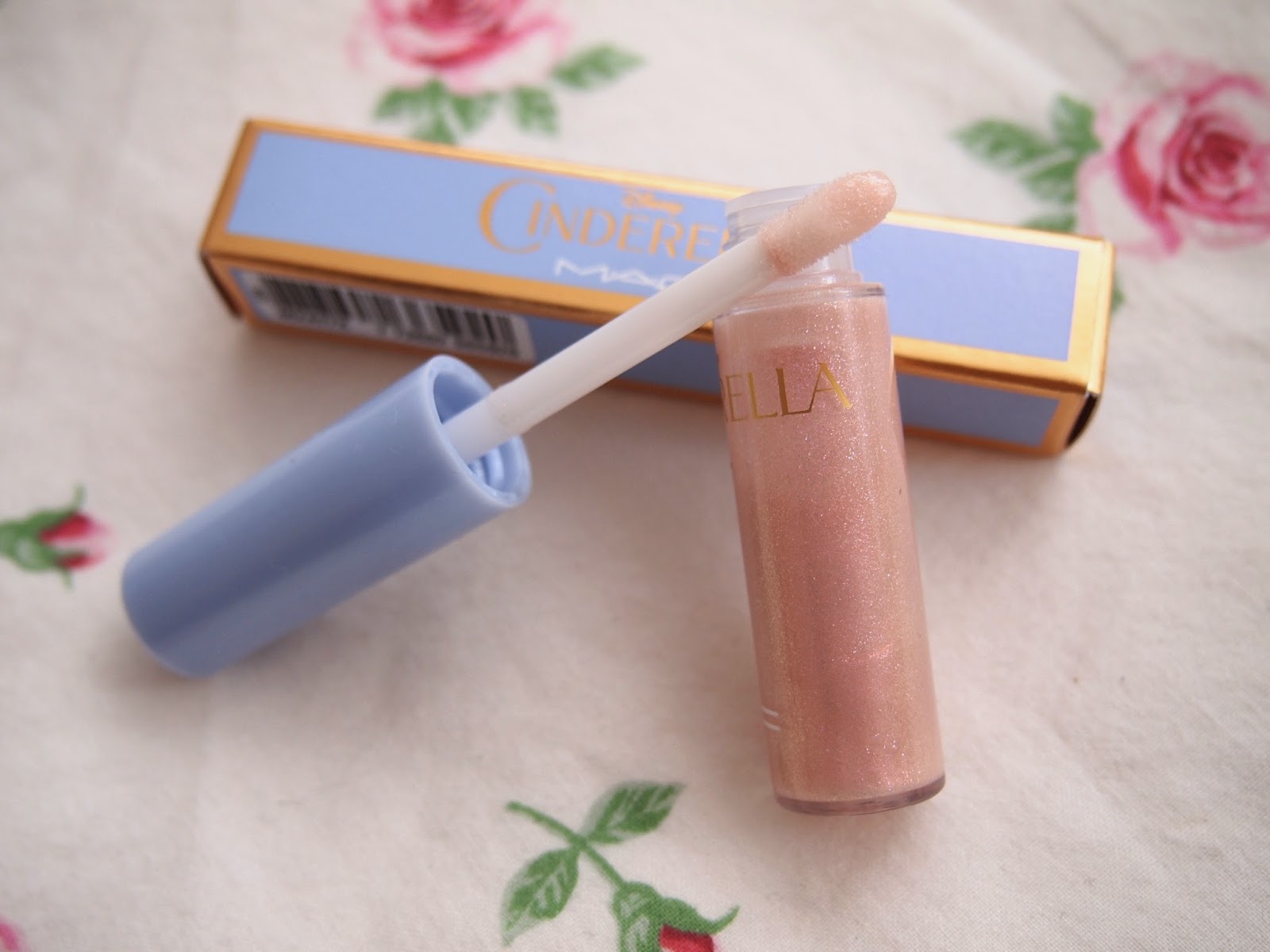 I think the stand out product of the entire collection would have been the eyeshadow palette but since I already owned 2 of the shades in the palette, I decided to go for something else. Originally, my heart was set on one of the powders as the compacts were so beautiful but by the time I got to the stand 2 hours after it was released, both had already sold out. I did have a swatch anyway though and I was not impressed. It was virtually impossible to get any color out of it, with my fingers or a brush. The MAC girl who was "serving me" told me that it's due to everyone sticking their oily fingers in the pan, but I wasn't convinced. Luckily, I was able to pick up the second-last eyeshadow palette for one of my girlfriends but I felt really sad walking away with nothing....so I didn't walk away with nothing LOL. 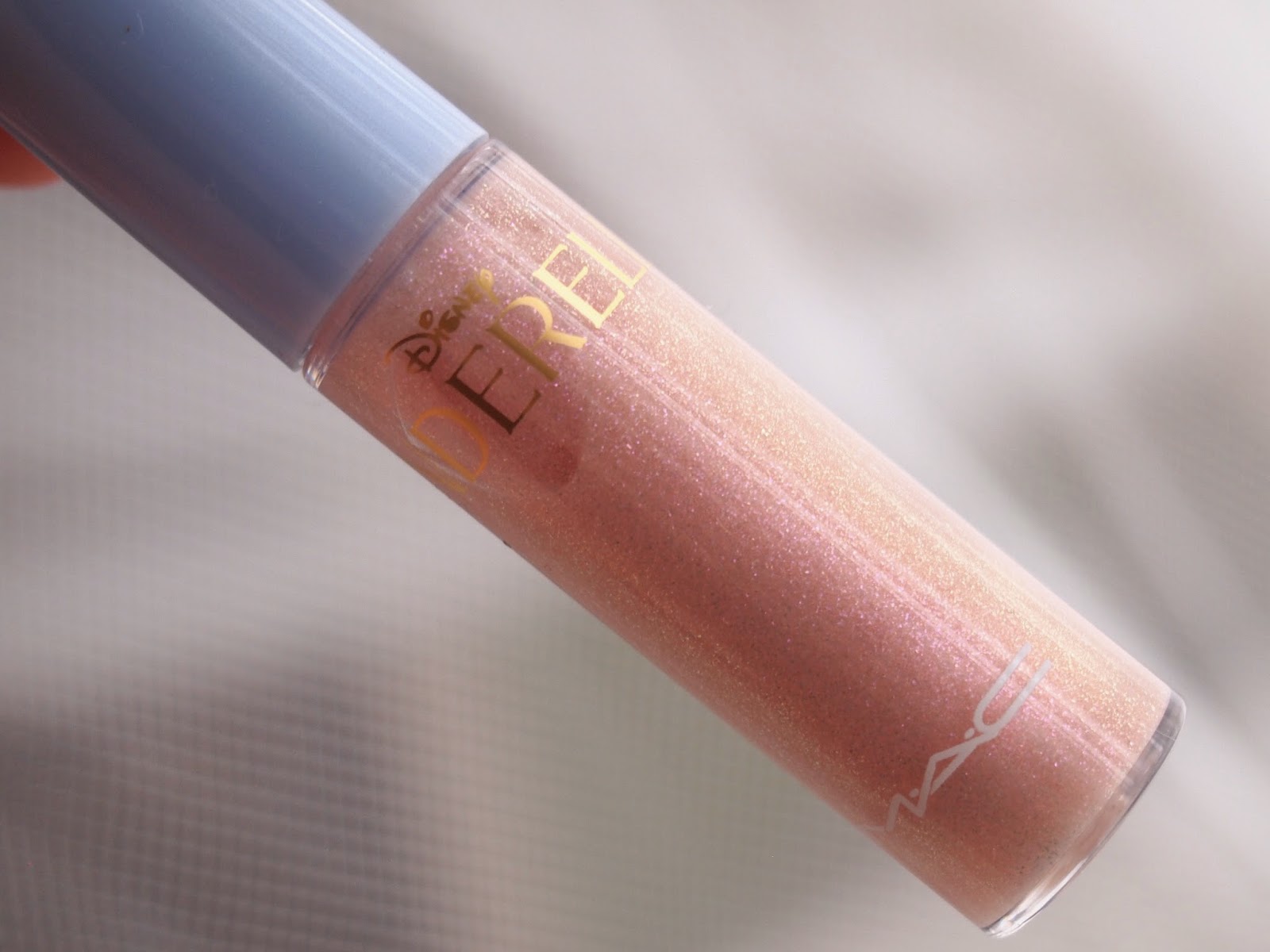 I ended up picking up "Glass Slipper Lip Glass", what a cute name! Glass Slipper is a near-translucent milky pink with heaps of fine pearlescent silver and pink shimmers. It's practically clear but it does make my lips slightly paler when worn on its own.

The texture of it is not overly sticky but still has a bit of tackiness to it. I was really impressed with the application of it, it glides on super smoothly, doesn't accentuate any dry patches and I had no problems with streakiness. It also stays put for hours. I wore this at work the other day for 9 hours, only re-applying it once after lunch. The vanilla scent of the lip gloss smells amazing too. I had a really hard time trying to capture the iridescence of the lip glass but it is so stunning when the light catches it at different angles. I'll be honest, I didn't think I would like it as much as I do.I love wearing this on its own but I like layering it on top of pink or peachy lipsticks too. Here's a quick peek of how it looks on top of a pink lipstick (which will be featured in an upcoming review): I apologise for the timing of this post considering when this collection was released but I thought I would share my thoughts with you in case you were thinking of buying pieces off of elsewhere c:
Do I just have bad luck with MAC staff? What have your experiences been like? Did you pick up anything from this collection?
=('.')=
x
chloé