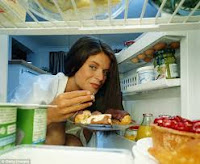 Welcome to Joseph Young’s Puzzleria! Happy Cold Turkey Sandwich Day!
Okay, now that we have Hot Turkey Day behind us, I guess we can look ahead a bit…‘Tis the month before Christmas when all through this blogA few creatures are stirring,... but no birddog, bullfrog, pollywog, groundhog, hedgehog… 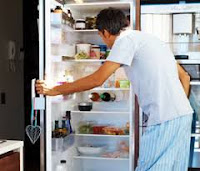 However, among the few creatures who are stirring here on Puzzleria! this week is a shy buffalo. This buffalo appears – or more accurately, disappears – in this week’s Buffalo hide…‘n’ so, go seek, which is available on our main MENU. It is another excellent slice of puzzledom served up by skydiveboy, aka Mark Scott of Seattle. Think of it as our early Christmas present to you.

Also, a murinecreature stirs briefly, making a cameo appearance in our Mice with spoons! dessert. Think of it as our early Christmas stocking-stufferto you. (Believe you me, there is no better stocking-stuffer for Smitten, my kitten, than a stocking stuffed with mice!)
Rounding out this week’s menu offerings are a morsel, an appetizer and a generous slice of knighthood. We hope you will enjoy them as much as Smitten is enjoying the stuffing in her stocking.*(* No rodents were harmed in the making of this blog.)
Morsel Menu 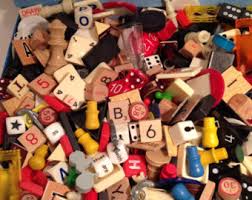 Scientainment Morsel:Namesake forsaken
A landmark anniversary this past week marked a scientific milestone associated with a person now deceased. A person still living shared this scientist’s first and last names at birth but, as a young man, changed the surname of his namesake for professional reasons. He plies the entertainment trade.


Remove the first and final letters of this entertainer’s chosen surname, forming the name of a game piece. (Ignore his first name as you do this.) A homonym of that game-piece name is associated with the words “beak” and “black.” 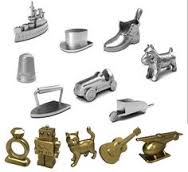 The game piece is also known by another name. Rearrange the letters in that other name to form the plural form of a word that, one might argue, applies to both men.


Who are this scientist and entertainer? What are the two names of the game piece? What is the word that applies to both men?
Extra-credit question: In what decade did the scientist spend his teen years? (Hint: Rearrange the letters in his last name.)Extra-extra-credit question: Why is the name of this Madison, Wisconsin bus company, “BeelineTransit,” such a smart one?
Appetizer Menu 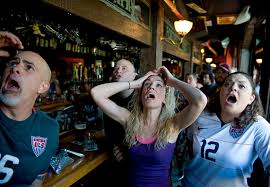 Ale-atory Appetizer:“Baby needsnew shoes!”
A vocal throng is quaffing ale and watching a big-screen TV at Lego’s Sports Barangrill. A high-definition yellow FLAG is tossed onto the turf. Fifty percent of the patrons RANT. The other half cheers. All have money riding on the outcome. Those who win may blow it on booze. Those who lose may not be able to buy their children new shoes… or, worse yet, their KIDS may go UNFED. 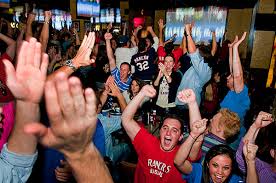 A news reporter lurks hunchingly down in a dimly-lit corner booth, sipping a ginger ale, taking it all in, and taking notes. He has been observing not the big screen but the big-screen observers. The next morning his hard-hitting, no-punches-barred-at-the-bar story appears in his newspaper bearing the headline: KIDS UNFED; FLAGRANT!
Rearrange the letters in this ersatz headline to spell out a pair of compound words that appeared together in actual stories seen this past week in business sections of newspapers and financial pages of websites.
What are these two compound words?
MENU 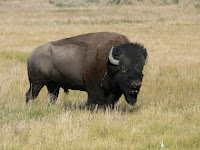 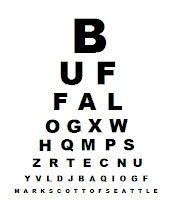 How is your eyesight?


Rearrange the letters in the name of the country I am thinking of and if you look closely you might see a buffalo.
What is the name of this country? 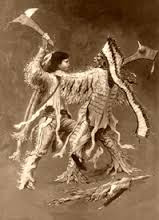 Back In Time Slice:Dubbing a movee
Red Elk, a warrior of the Armouchiquois Tribe, is not doing so well in a hand-to-hand and hatchet-to-hatchet bout of mortal combat with Green Newt, a warrior of the Souriquois Tribe. But just as Green Newt, hatchet-hilt in hand, is about to deliver a fatal blow by burying his hatchet into Red Elk’s pate, Red Elk’s fate suddenly takes a turn for the better.
A seagull circling above descends on the fracas and in one fell swoop scoops Red Elk from the “jaws of deceased.” Clutching the nape of the warrior’s neck vice-like in its beak, the gull, with wings splayed like oleander stems, glides eastward over sea, overseas, back, back over seas of time, indeed over centuries, nearly six of them. 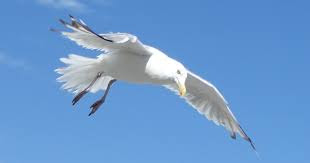 Eventually they reach land, a land shrouded with mists and mystery. The gull, like Noah’s dove delivering an olive leaf, opens its beak, releasing Red Elk onto what the warrior perceives to be a tepee made of stone floating high above land, an aerie kissing the cloudy mists.

The gull soars off. Red Elk crawls through an opening in the tepee and nods off, slumbering there for a day,... not in a tepee but rather in the tallest spire of Camelot Castle. 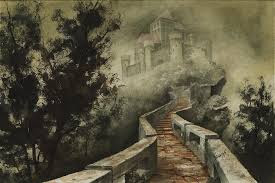 Red Elk awakens surrounded by warriors clad not in buffalo skins but in clinking, glinting silvery livery. The warriors arm him with a sword (to accompany the “battleaxe” he brought with him) and with armor like theirs.
After months of intensive instruction in dueling, jousting, chivalry, heraldry, knight errancy and knight inerrancy, Red Elk is summoned to the castle and told to approach the chief warrior, who wears not a feathered headdress but a golden crown. This chief, called a king, instructs Red Elk to kneel before him whereupon the king uses the flat of his sword to tap first the right then the left shoulders of Red Elk, uttering as he does so: 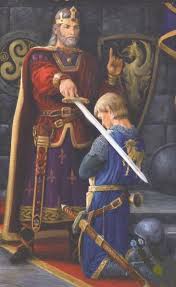 “Warrior Red Elk, you have come to us from another place, from another time. During your time here with us you have made strides also to move into the fields of dueling, jousting, chivalry, heraldry, knight errancy and knight inerrancy. You have made these moves as befitting a true knight, and have thus proven yourself worthy of knighthood. I therefore now dub thee Sir ______.” (It is a six-letter name.)
What did the king dub Red Elk? Explain why he dubbed him that.

Hint: The king himself time-traveled to and fro the 20th Century. Otherwise he would not have had the knowledge to dub Red Elk the name he did for the reason that he did. (The name was a familiar one in medieval times.) 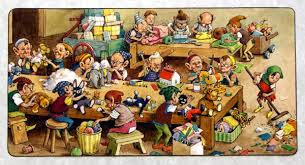 Clement Loess Dessert:Mice with spoons!
This past week a dozen-or-so Americans received special recognition. Six of the recipients appear in the verse below, but are not quite so recognizable. Each is “hiding” at the end of a line in one of the couplets.
“Find” each of the six recipients by rearranging the letters of two or three words at the end of one of the lines of one of the couplets to form each’s first and last name. In two of the couplets no recipient is hiding.
Who are these half-dozen recipients?
‘Twas the night before Christmas when all through the Claus home(Which the elves had transformed to a hammer & saw zone)
Was a flurry of toy-making, Christmass hysteria!Every cranny and nook was a Noel gifts area.
Stacks of letters to Santa, all processed precisely,Would yield toys soon for both girls and boys who mail wisely… 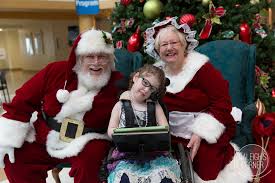 Toys once carried by sleigh drawn by one old gray mare,But now – thanks to winged reindeer – sent, ergo, by air,
Deer who now in their paddock wait calmly not crankilyTo make rounds, chewing pine, gazing at a fir blankly.

All ten reindeer, save one, get quite chilly, we think...
There's one newbie, quite furry, named Hazel, part mink.
In his study, where wafted the scent of roast pheasant,Santa Claus put the wraps on his small elves’ big present. 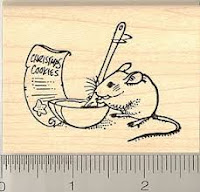 Molly Claus in the hallway festooned fragrant holly…One more reason for Santa to cherish his Molly.
Cooking up Christmas Joy at the North Pole’s a blur,Everyone lends a hand, even mice tend to stir!