What Is Wrong With These People? 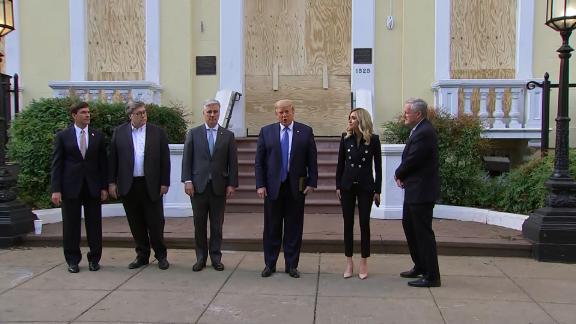 This is Kayleigh McEnany today, a week later:
#BREAKING @PressSec now claiming Protesters BURNED DOWN St. John's Church. It has some fire damage, but, of course, is still standing strong. @ABC @CNN pic.twitter.com/SafqUBDVMX— Ross Palombo (@RossPalombo) June 8, 2020
Trump said it had been burned down.  Now McEnany repeats the inanity.  Do they think we didn't see them standing in front of the building, a building showing no fire damage whatsoever in these pictures.  Do they lie with such impunity because they are stupid, or because they think we are?  I mean, honestly, the old adage is true:  people who lie about small things can't be trusted to be truthful about big things.

Do they think they are saying "Look at my magnificent and royal robes!," when what they are actually saying is "Ah'm buck nekkid!  Ah'm buck nekkid!"?  Because all they are pointing out is that they will lie about absolutely anything.  Anything at all.